Jessica has received a conditional offer to study Psychology at Cambridge University.

Here’s what Jessica has to say about what she’s been up to since leaving YBA in 2012, and this exciting opportunity:

‘In Coleg Cambria I have been studying Law, Psychology and Sociology. I started my college experience by studying 4 A levels because that's what I thought I needed to do. In reality, 3 A levels were a lot better for me in terms of how much time and effort I could put into them; quality is always better than quantity. I am currently finding college hard work with a lot of assignments and extra reading that needs to be done but you have to put in the work in order to get anywhere. I also enjoy the social side and I have met most of my friends through college. If I could go back to school and choose what to study again I would pay more attention to what the course includes and consider how much I would enjoy studying it. That is the main difference with school because you have to enjoy the subjects you pick because of the amount of work that's required from you. There's no 'best friend' sitting next to you and its all new and even though this is a scary thought, you become independent and it sets the foundations for what your life will be like.

I am really excited by the conditional offer to study Psychology at Cambridge. I never considered it until I got my AS results and the college pushed me to apply. Getting a University offer in general is always nerve racking because you have to get the entry requirements in order to get in so you know that you must get the exam results and work hard. When I was in school I never thought about Uni or thought it was a real prospect but it becomes very real when you go to college. The process, even though nerve racking (especially when I went to the Cambridge Interview) was enjoyable and exciting. I studied Psychology at GCSE through Ysgol Bryn Alyn but you don't need to do this in order to do a Psychology A level which shows that there are many options available even if people haven't found a subject they really enjoy in school. I don't have any immediate plans for the future, I always focus on getting the results and then see where that takes me. I know that it will be in the field of Psychology but when I start my degree, I'll learn what i enjoy the most and go into a particular area.’

Ysgol Bryn Alyn is delighted to announce that Jamie Harrison (ex pupil 2007-2012) was nominated (by Wrexham Yale Rotary Club) and has been awarded a ‘Diana Champion Volunteer Award’. The Diana Award is presented to inspirational or socially active young people who have made a positive difference to the lives of others and their communities. Jamie, throughout his time at school, was instrumental in working with the International Committee and developing our strong global links, especially in India and America.

He was chosen by the ‘We to Me’ charity (one of 30 across the UK, and the only Welsh student) to volunteer in India - building a school, during the summer of 2013.

He gives his time with energy and enthusiasm and we are thrilled to know that he has been recognised in this way.

Jamie is the third Bryn Alyn student to be awarded A Diana Award. We are very proud of him. 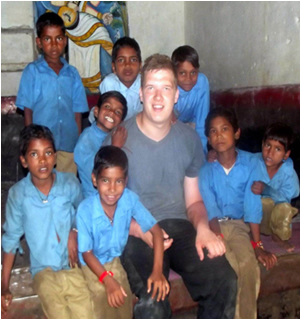 ‘When I heard that Glasgow was hosting the 2014 Commonwealth Games, it brought back exciting memories from the London 2012 Olympics and so I immediately applied to become a volunteer for the games. I wanted to be part of sporting history and enjoy the atmosphere having been lucky enough to experience the Olympic Park in London! I also applied for numerous pairs of tickets as a back-up if I wasn't selected as a volunteer. Sadly, as a result of the high demand of applications for both volunteering and tickets, I wasn't selected for either, and so I was very disheartened. However, for the past four years I have been involved in the Young Ambassador Programme in Wrexham - a legacy from the 2012 Olympics - involving young people in sport. I started having been selected as a Silver Ambassador in YBA and now, due to me being a 'Gold Young Ambassador' for Wrexham, I was given the chance to apply to become part of the 'YA Media and Events team' for Glasgow 2014. I took up this opportunity and applied, resulting in me being successful due to my passion for the sport in the media.

With this, myself and other Young Ambassadors arrange sporting events in schools of all ages to promote the Glasgow 2014 Commonwealth Games. We promote it in the local media and social networks, with huge opportunities of interviewing 'Team Wales' athletes involved in the Games. I was incredibly happy with achieving this as it is another opportunity I have gained from being part of the 'Young Ambassador' scheme, and also an example of - if you try at something and it doesn't succeed then try and try again until it does - ''Dream Big" remember!! ‘ 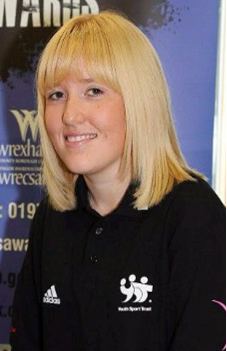 Arron Tye who is now 24, started working at the award winning ‘The Shared Olive’ restaurant in Hawarden, Flintshire as part of a government funded apprenticeship scheme from Coleg Cambria, Wrexham.

Aaron has recently competed for the title of “Best Chef in Flintshire” as part of the Mold Food Festival. The next tier of the competition is to be held this year and we wish Arron the best of luck!

Danny Burke, Head Chef, Co Owner and former Welsh National Chef of the Year said: “Since his arrival, Arron has gone from strength to strength adding even more quality to our team. We like to see our young team members do well especially in cooking competitions, it really helps individuals grow and develop into high quality professional chefs”. 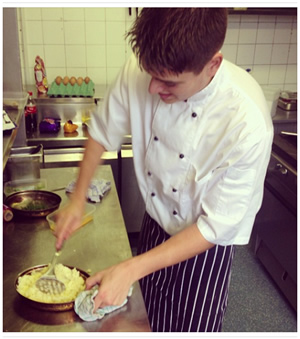 While I was at school, I had no idea what I wanted to be, who I was, or where my future would take me. That was until I selected Media Studies for my options in years 10 and 11 and I absolutely fell in love with it- that was all thanks to Miss Trevor and Mrs Nevitt.

Once my time at Bryn Alyn was over, I went to college to study A Levels in Film, English Language and (of course) Media Studies. My biggest challenge came after completing two years of college...university!

2016 saw the start of my BA in Broadcasting, Journalism and Media Communications. I have been presented with some amazing opportunities over the last three years. I got my first credit in a documentary for MadeTV, took part in a BBC Wales consumer show (X-Ray) and trained with BBC Academy on their Radio Operations course. I also got to follow my passion for writing and very quickly became an editor of the student magazine. Earlier this year, the magazine was awarded Most Improved Society and Best Collaboration& Contribution at the Students’ Union Awards.

During this summer, I was given press accreditation for two prestigious women’s tennis events in the country as a journalist/photographer. By doing this, I was scouted by Tennis Wales and recently completed some freelance work with them during the Welsh Championships and the Four Nations.

Last week, my degree finally came to an end as I received my results. I will be graduating with a first class degree this November. Something I never thought would have been possible when I was in school.

I have developed so much as a person since 2013. I would never class myself as a ‘success story,’ but I’ve come so far over the years. It just goes to show that anything is achievable regardless of who you are.

Bryn Alyn was the stepping stone into the big world of education, it set me up for some worthwhile experiences.

I thought it would be nice to let you know what I’ve been up to post Bryn Alyn. If any of the old teachers from 2013 are still there, please pass on my regards. 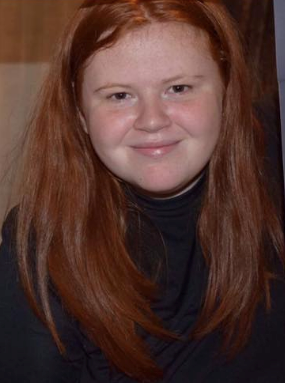